Shedrack Akintayo is a software engineer from Lagos, Nigeria, who has a love for community building, open source and creating content and tech for the next …
More about
Shedrack
…

React is a fantastic JavaScript library for building rich user interfaces. It provides a great component abstraction for organizing your interfaces into well-functioning code, but what about the look and feel of the app? There are various ways of styling React components from using stylesheets to using external styling libraries.

Note: A basic understanding of ReactJS and CSS would be good to have for this tutorial.

What Does ‘Styling’ In React Applications Even Mean?

The reason you’ll style your React application is no different from that which you have in mind when styling other websites or web applications you have been working on. Styling in React applications describes how React components or elements are displayed on screen or any other media.

The whole essence of building frontend UIs with React is how flexible it is to build these UIs especially as components and also style them to give us a great look and experience. It is important to know that whatever styling strategy you may decide to use is still CSS — you are writing CSS like you’ve always done. The difference is that the strategies (which we’ll be looking at) help make the process easy because of the uniqueness of React.

In the next section of this tutorial, we are going to be talking about each of these strategies of styling with examples of their syntax.

CSS or SCSS Stylesheets is a styling strategy that involves the use of external CSS or SASS stylesheets that can be imported into your React components depending on where you need the styling to be applied.

For example, we have a SASS file of styles called Box.scss we need to use in a component called Box.js, below is the code for our SASS file.

In other to make use of this styling inside our Box component all we need to do is import the SASS file directly into our Box.js component like so:

After creating the styles and importing it into Box.js file, we can then set the className attribute to the match what we have in the stylesheet.

While using this strategy, you could also leverage on existing frameworks like; Bulma, Bootstrap, etc. These frameworks provide you with existing classes and components you could plug into your React application without styling every aspect of your application.

Note: “Sass has two syntaxes. The most commonly used syntax is known as “SCSS” (for “Sassy CSS”) and is a superset of CSS syntax. This means that every valid CSS stylesheet is valid SCSS as well. SCSS files use the extension .scss.
The second, older syntax is known as the indented syntax (or just “.sass”). Inspired by Haml’s terseness, it’s intended for people who prefer conciseness over similarity to CSS. Instead of brackets and semicolons, it uses the indentation of lines to specify blocks. Files in the indented syntax use the extension .sass.”

A CSS Module is a CSS file in which all class names and animation names are scoped locally by default. When using CSS Modules, each React component is provided with its own CSS file, that is scoped to that file and component alone.

The beauty of CSS modules happens at build time when the local class names which can be super simple without conflict are mapped directly to the automatically-generated ones and are exported as a JS object literal to use within React.

We can make use of CSS Modules in our React applications by importing the file directly into the component file.

For example, the code below is an example of how to use a CSS module in a React Component.

:local(.className) is used when you use create-react-app boilerplate because of webpack configurations.

When using webpack, you can add the loader and also include the module to your webpack.config.js in other to make CSS modules work with Webpack.

In other to make use of this CSS Module inside our Box component we need to import the module file directly into our Box.js component and use the className instead of style prop to access the style like so:

styles here is an object that contains the styles we created in Box.css. This object will contain the classes; container and content that maps to their respective styles. To make use of them, we assign the element’s className to the appropriate class we have in Box.css.

styled-components is a library for React and React Native that allows you to use component-level styles in your application that are written with a mixture of JavaScript and CSS.

It was created with the same method of operation of CSS Modules, a way to write CSS that’s scoped to a single component, and not accessible to any other element in the page or even component.

styled-components allows React developers to write plain CSS in React components without having to worry about clashing of class names.

For example, if we need to implement styling in our Box.js file using styled components, we would first need to carry out the following steps:

The code below is an implementation of all the steps we mentioned above.

In the code above, we import the styled object from styled-components, which makes use of tagged template literals to style your component. We then create a variable that would hold our styling and also act as a wrapper around content, that’s why we have the <Box> and <Content> tags, in this variables, we assign it to the styled object plus the HTML element we want to style then followed by the accompanying styles for the HTML element. To use the variables we created for styling all we need to do is wrap our JSX or content in between them as tags.

JSS is an authoring tool for CSS which allows you to use JavaScript to describe styles in a declarative, conflict-free and reusable way. It can compile in the browser, server-side or at build time in Node. JSS is a new styling strategy that hasn’t been adapted so much. It is framework agnostic and consists of multiple packages: the core, plugins, framework integrations and others.

React-JSS makes use of JSS with React using the new Hooks API. JSS and the default preset are already built into the library. According to the official React-JSS docs, the following are the benefits of using React-JSS instead of the core JSS library in your React components.

The code below is an example of how React-JSS is used.

In the code above, which somewhat similar to using styled components, we import injectSheet and ThemeProvider from the react-jss library. The ThemeProvider is a High-Order component in React, which passes the theme object down the React tree by the use of context. It will contain the root theme of the component. While injectSheet is used for injecting the stylesheet we have created in this case styles into the main component.

The line of code above is injecting the styles we have created into the component we created it for using the injectSheet() function.

The code above holds the theme object that would be passed to the <ThemeProvider> HOC via context and it acts as the root theme of our component.

In this portion of the code, what we are doing here is using the <ThemeProvider> HOC, we are rendering our component that we have injected the styled sheet we created into <StyledComp color= "red"/>.

At the end of rendering, this is what will be displayed on your bro.

Each of these has its advantages and disadvantages, and it all depends on your personal/company preference and the complexity of your application. Also, whatever styling strategy you may decide to use, it is still basically CSS. You can write CSS like you’ve always done, but React and other libraries offer solutions that can also help with styling.

I hope you enjoyed working through this tutorial. You could always read more on Styling React Components from the references below. If you have any questions, leave a comment below and I’ll be happy to reply to each and every single one. 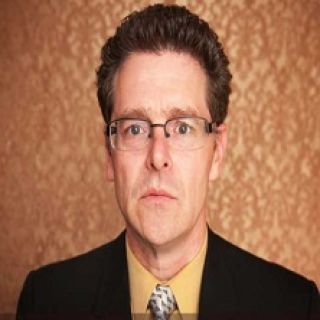 Hi I am Richard Wilson from Florida USA. I am running an Online Marketing Agency from last 5 years. Follow my blog for more info